The Wizard of Washington Avenue

Posted on September 27, 2011 by stltourguide 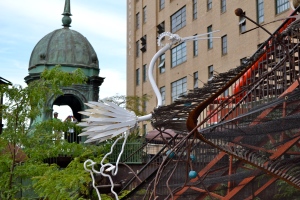 There once was a wizard named Bob Cassilly who bought a building on Washington Avenue (1509 Washington Avenue to be exact) fashioned by a wizard of an earlier age named Theodore Link. This International Building was joined by a nine-story bridge to an enormous warehouse which by the end of the 20th century had become obsolete.

Pragmatists may have regarded its 600,000 square feet as wasted space, its massive brick walls as needing to be razed, but it was precisely the gargantuan, cavern-of-a-place in which wizards who conjure in steel and concrete and stone like to work their magic.

In collaboration with an amazing team of other artists, entrepreneurs and investors who shared his artistic vision, Bob Cassilly began to transform the International Shoe Company Warehouse into one of the most wildly imaginative and playful spaces on earth.

It didn’t happen overnight and there was no carefully mapped out master plan. Extraordinary amounts of discarded objects began to come together over time, in astonishing ways along with tons of concrete to form walls, slides, tree houses, stairways,  chambers, caves and crawl spaces where there had been none – piped through with operatic music – the result of which was bedazzling and exhilarating – Alice’s Wonderland, P.T. Barnum and Ringling Bros. Circus all rolled into one.

A collector from boyhood of all manner of odds and ends, Bob Cassilly had a genius for recognizing beauty – natural and man-made – where many could not until he found a way to frame it, to accentuate and give it place in a new context.

As he matured artistically Cassilly seemed as driven to salvage/preserve objects of interest and beauty – massive pieces of machinery, architectural cornices, hollowed-out tree trunks – as to create them. And create them he could! Sculpting in realistic or abstract form – metal, stone, clay, wood, concrete, fiberglass. 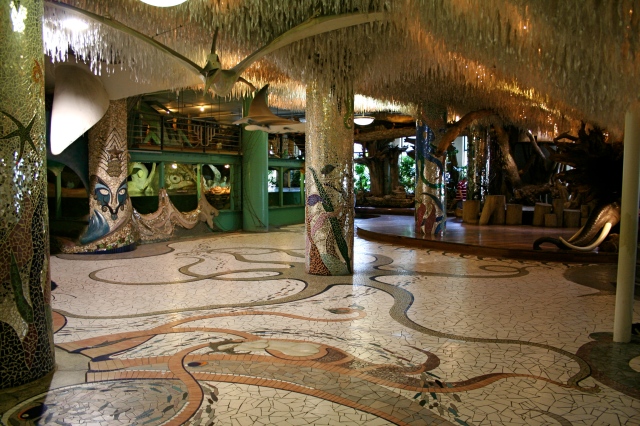 As it evolved and took labyrinthine shape City Museum (http://www.citymuseum.org/) became a haven for twenty-one remarkable artists in which to work and to exhibit. And it became a play space wherein thousands upon thousands of children encountered art and architecture in the most thrilling ways possible – tunneling, crawling, climbing, sliding and spiraling through it as conjured by the wizard and his cohorts.

Now and then the Wizard of Washington Avenue (who worked extensively in City Museum and in the former cement factory he was re-inventing as an adventure park near the Chain of Rocks Bridge) was commissioned to create works of art outside of St. Louis such as the stunningly, lissome 67 foot, 6 inch Giraffe at the entrance to the Dallas Zoo  (http://www.flickr.com/photos/bbd/457718139/) and fourteen whimsical, fiberglass Hippopotami in Riverside Park in Manhattan (http://www.nycgovparks.org/parks/riversidepark/monuments/1771). A working model for one of the latter can be seen from eight blocks east of City Museum down the Canyon of Washington Avenue, from its perch atop the International Building. It embodies the humor and surprise that characterize much of Bob’s work.

Nearly four decades ago a then young 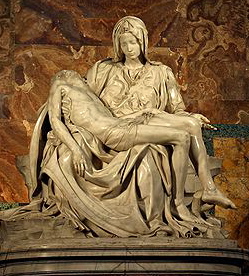 wizard, who would become the most daring artist in St. Louis history, was touring Europe while working on his Fine Arts Degree at Fontbonne College (now Fontbonne University).

Passing through St. Peter’s Basilica in Rome, Cassilly caught sight of a man attacking Michelangelo’s Pieta with a hammer and wrestled him to the ground. Such bold risk would also characterize his artwork and entrepreneurship. 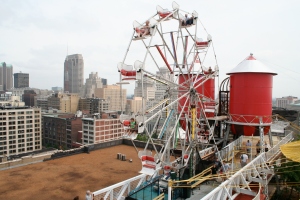 Wizards, whether they work in words, numbers, elements, music or art are notorious for making their own rules and disregarding the laws of other mortals. The Wizard of Washington Avenue perched a school bus on the edge of a ten-story warehouse later adding a Ferris Wheel to the same rooftop and was chastised by the city for replacing a ruinous wall alongside St. Louis’ most elegant park with one for which he supplied the materials, labor and artistry. Albeit without permission. 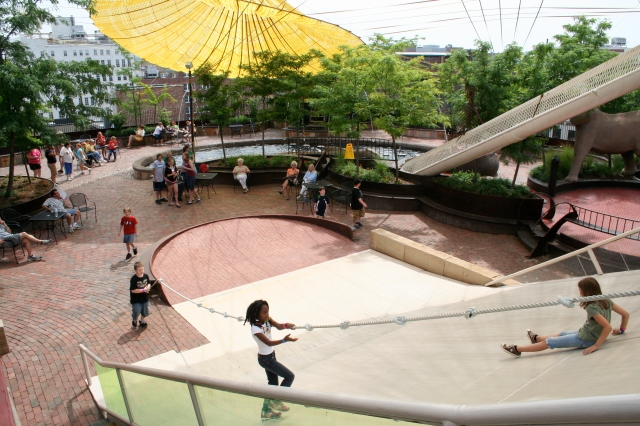 St. Louis lost a visionary artist sometime Sunday when Robert Cassilly, Jr. tumbled to his death inside a bulldozer while shaping a pyramid in Cementland, an artistic vision he’d been struggling to realize for ten years.

And a pall descended over the community Monday as news spread that the founder and inspiration of City Museum was gone. It was somewhat lightened by the perception that his spirit will live on here. 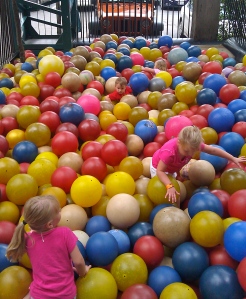 Beyond a substantial body of art and preservation work, the enduring legacy of the Wizard of Washington Avenue will be the joy and excitement of every child who has physically explored City Museum.

Not to mention the wishful thinking of every adult (grandparent!) who would love for just a little while to be ten years old again and negotiate the magical places wrought by his imagination.

and The Caves at City Museum – used with the generous permission of the photographer, Patrick Barber.

Children at Play in the Ball Pit in MonstroCity – Maureen Kavanaugh, author of this blog.

All of the remaining outstanding photographs of City Museum, St. Louis were taken by and are used with the kind permission of Thomas Kavanaugh, Triune Communications, St. Louis, Missouri.

7 Responses to The Wizard of Washington Avenue